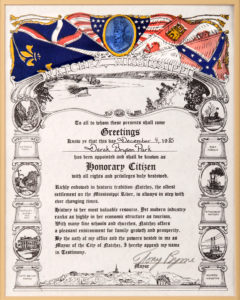 Appointed by Mayor Tony Byrne, “Honorary Citizen” of Natchez, the first Capitol of Mississippi when it was a U.S. Territory and the oldest settlement on the Mississippi River (1985) 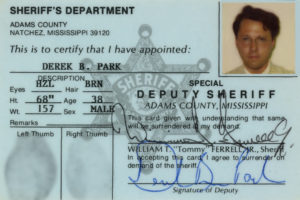